Almost single-handedly, David Smith (1906-1965) transformed the significance of sculpture as a genre in American art.

Before him, sculpture was almost a marginal activity; after him, the floodgates opened for artists like Donald Judd and Richard Serra to build on his achievements and forge a uniquely American idiom for sculpture. Coming into his own in 1940s New York, Smith made inspirational friendships with painters like Gorky, de Kooning and Pollock, and his sculptural abstractions were recruited for the Abstract Expressionist cause. Smith's opus magnus was his Cubi series, undertaken in the early 1960s. The 28 Cubi sculptures were composed of a column of balanced cubes, rectangular solids and cylinders with spheroidal or flat endcaps, that seemed to reorder a Cubist or Cézanne-esque vocabulary into a precarious metal totem pole.

Poligrafa's introductory volume to David Smith is edited by art historian Sarah Hamill, and includes a previously unpublished interview with Smith by poet Frank O'Hara. Hamill's commentary orients Smith within a lineage of metal sculpture and underscores the importance of his relationship with photography. 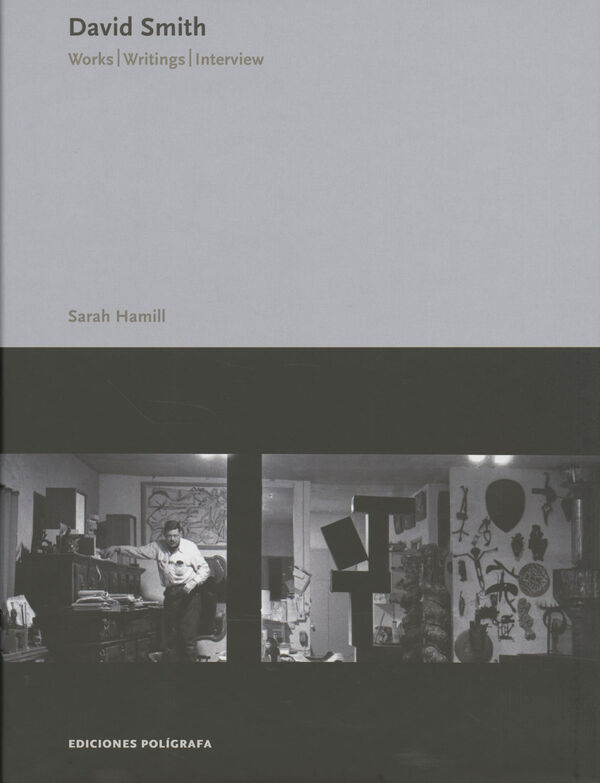