This volume examines the remarkable legacy of Jason Rhoades’s complex body of work. The Los Angeles–based sculptor Jason Rhoades was widely celebrated for sprawling, ambitious, and daring installations, editions, and events prior to his untimely death in 2006.

Although he was far better known in Europe than America, many of Rhoades’s peers considered him to be one of the most important artists of his generation. In his work, cultural touchstones ranged from high to low, including the artists Marcel Duchamp, Donald Judd, and Paul McCarthy, race-car driver Ayrton Senna, actor Kevin Costner, the big bang, Swedish erotica, and the California gold rush.

This volume, accompanying the first US survey of his works, centers on four highly sensory, large-scale pieces that incorporate neon, radio, smoke rings, and even a model train into large environments that engulf the viewer. These four canonical installations are navigated via five critical essays that help unify Rhoades’s labyrinthine, often-overwhelming methods into the single overarching project he envisioned.

The book also features illustrations of each major work dating from 1991 to 2006, accompanied by explanatory texts that illuminate Rhoades’s materials and methods as both highly accessible and artistically complex. 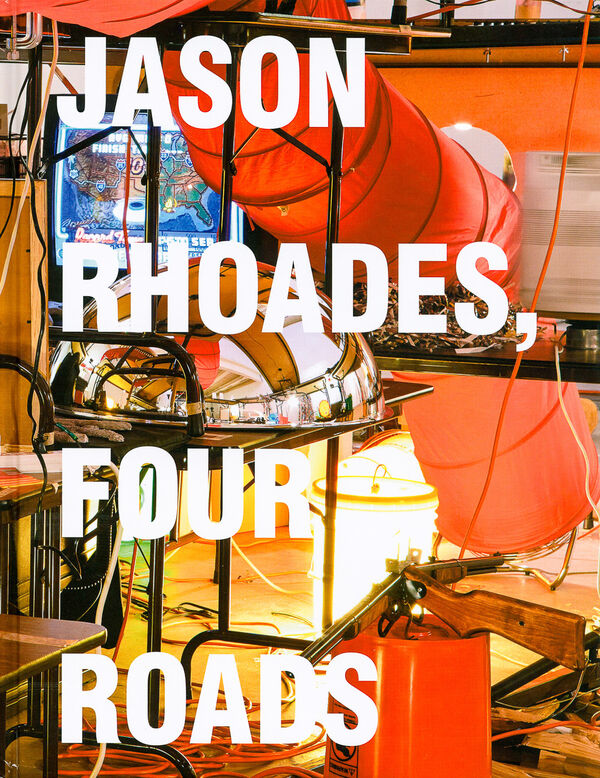