The popularity of Robert Indiana's LOVE works made the Pop artist a household name-and torpedoed his reputation, precipitating his self-imposed exile from the New York art world that had once acclaimed him and eclipsing the breadth and emotionally powerful content of the rest of his dynamic, conceptually charged work. Robert Indiana: Beyond LOVE is a compelling reassessment of the artist's contributions to American art during his long and prolific career.

Indiana has explored the power of language, American identity, and personal history for five decades. Although his imagery, suggestive of highway signs and roadside attractions, is visually dazzling on its surface and seems to reflect a native spirit of optimism, it contains a multilayered conceptual intricacy and darkness that draw on his own biography as well as on the myths, history, and literature of the United States. As chronicled in this landmark reappraisal, Indiana was a seminal figure of the 1960s and 1970s, whose artistic genius combined Pop art, hard-edged abstraction, and language-based conceptualism.

With a generous illustration program, an appendix of the artist's interviews and statements, and contributions by leading experts, this book provides a long overdue analysis of the development of Indiana's career, his relationship to early-20th-century American painters, and his influence on contemporary language-based artists. 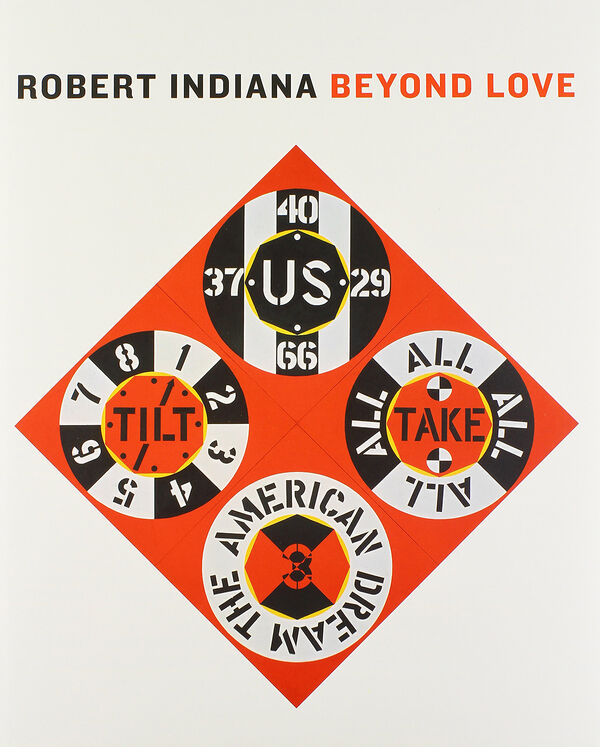