Second Place Winner of the Design and Effectiveness Award of the Washington Publishers: The bold lines and decorative details of Art Deco have stood the test of time since one of its first appearances in the International Exhibition of Modern Decorative and Industrial Arts in Paris in 1925. Reflecting the confidence of modern mentality―streamlined, chrome, and glossy black―along with simple elegance, sharp lines, and cosmopolitan aspirations, Art Deco carried surprises, juxtaposing designs growing out of speed (racecars and airplanes) with ancient Egyptian and Mexican details, visual references to Russian ballet, and allusions to Asian art.

While most often associated with such masterworks as New York’s Chrysler Building, Art Deco is evident in the architecture of many U.S. cities, including Washington and Baltimore. By updating the findings of two regional studies from the 1980s with new research, Richard Striner and Melissa Blair explore the most significant Art Deco buildings still standing and mourn those that have been lost.

This comparative study illuminates contrasts between the white-collar New Deal capital and the blue-collar industrial port city, while noting such striking commonalities as the regional patterns of Baltimore’s John Jacob Zinc, who designed Art Deco cinemas in both cities.

Uneven preservation efforts have allowed significant losses, but surviving examples of Art Deco architecture include the Bank of America building in Baltimore (now better known as 10 Light Street) and the Uptown Theater on Connecticut Avenue NW in Washington. Although possibly less glamorous or flamboyant than exemplars in New York or Miami, the authors find these structures―along with apartment houses and government buildings―typical of the Deco architecture found throughout the United States and well worth preserving.

Demonstrating how an international design movement found its way into ordinary places, this study will appeal to architectural historians, as well as regional residents interested in developing a greater appreciation of Art Deco architecture in the mid-Atlantic region. 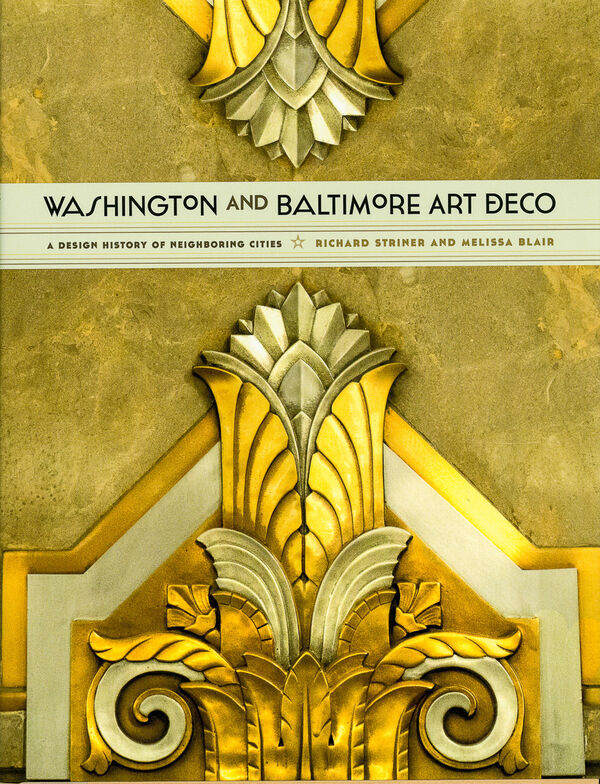