The distinctive typography and elegant compositions designed by William Joseph “Dard” Hunter (American, 1883–1966) have become icons of the American Arts and Crafts style and have established him as one of America's most influential graphic artists of the twentieth century.

At age 21, Hunter talked his way into a summer job at the famed Roycroft arts community in East Aurora, New York, and ended up staying. He had grown up around printing presses—his father was in the newspaper business—and had already dabbled with graphic arts. Under the mentorship of Roycroft leader Elbert Hubbard, Hunter forged his own design path, one that initially found its inspiration in William Morris's Kelmscott Press but quickly shifted to modeling contemporary European design trends.

After marrying in 1908, Hunter and his wife enjoyed an extended visit to Vienna, where he immersed himself in the creative output of Austrian and German Secession artists, and the products of the Vienna Workshop (Wiener Werkstatte). In a letter home, Hunter wrote, “I think it's up to me to do from the U.S. what these fellows have done from [Vienna].” The couple returned to Vienna in 1910 so that Hunter could attend a prestigious graphic arts school.

In England in 1911, Hunter became fascinated with making handmade paper, a craft that had ceased to exist in the United States. He moved to Marlborough, New York, a year later, where he built a paper mill and became the reigning expert on papermaking, eventually writing eighteen books on the subject. 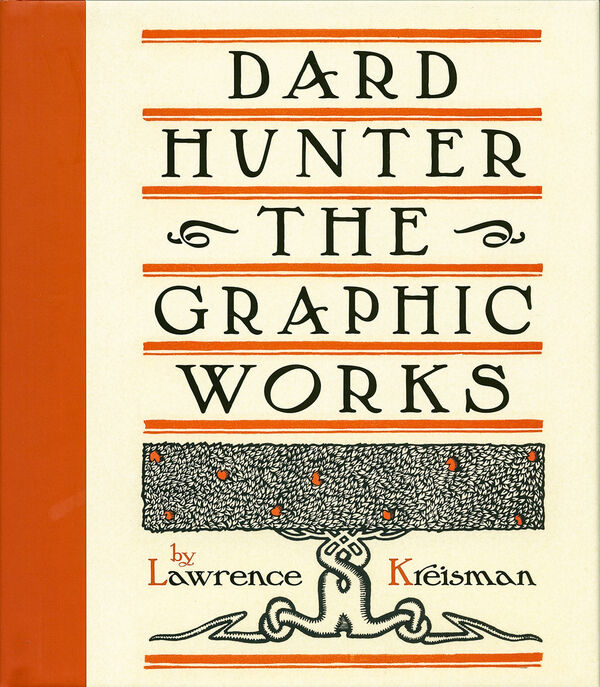