Silks for Thrones and Altars

SILKS FOR THRONES AND ALTARS presents 77 Chinese textiles from the 14th through the 18th century, divided into three groups.

The first group consists of clothing and furnishing fabrics made for and used by the ruling elite of China. Regardless of their dates or the ethnic origins of various dynastic rulers, these trappings of nobility served the political and social goals of those in power.

The second group contains Chinese silks found beyond the borders of the empire, specifically in Tibet, Japan, and Western Europe. The presence of Chinese luxury in a foreign context, whether the result of commerce or diplomacy, affected local ideas of status and prestige.

The last group presents textiles made for Taoist and Buddhist liturgical use. Within the Buddhist traditions of Tibet and Japan, secular textiles found new uses without losing the prestige with which they had originally been imbued. A catalog of ancient silks and robes from the collection of Myrna and Samuel Myers. Includes full-page color plates of all the pieces. 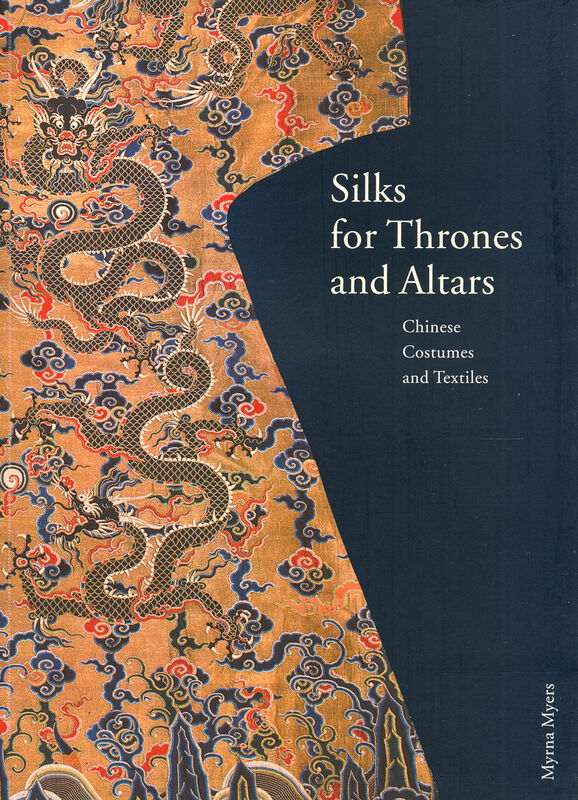