Three Boys from Pasadena – A Tribute to Helmut Newton

Photographers Mark Arbeit, George Holz and Just Loomis met Helmut Newton in the late 1970s when they were his students and studio assistants at the prestigious Art Center College of Design in Pasadena, California.

Over the years, as each of their careers evolved, the boys from Pasadena kept in touch with their mentor, sharing their photography with both him and his wife June. After Newton's death in 2004, June conceived the idea to host an exhibition with Arbeit, Holz and Loomis at the Helmut Newton Foundation, which was mounted in 2009.

Through a collection of photographs, letters and memorabilia, Three Boys from Pasadena celebrates three decades of a unique mentorship and friendship, intertwining the boys and their relationship and history with Newton together with their own photography. It features writings by June Newton, Karl Johnson and Dr. Matthias Harder. 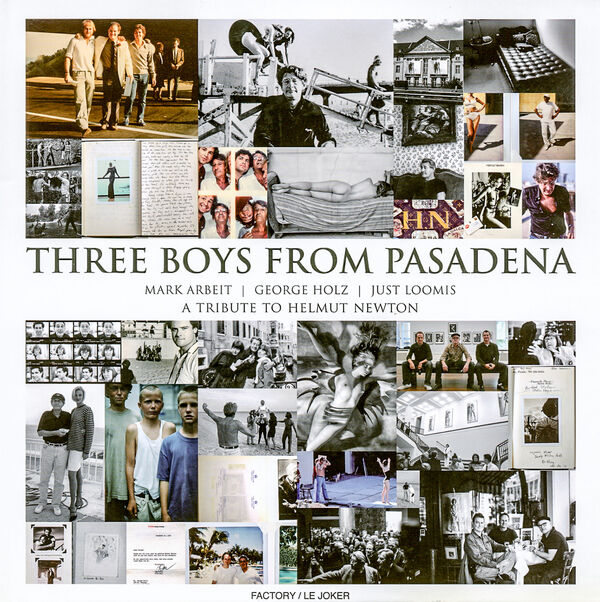