Over the course of three years, from 2006 to 2009, James Welling (*1951) photographed the Glass House, the architectural landmark estate that Philip Johnson built in New Canaan, Connecticut, in 1949.

Welling's photos offer a decided departure from the familiar views of the house and grounds: using digital cameras set on a tripod and holding a variety of filters in front of the lens, he created tinted veils and distortions that transformed the image at the moment of exposure, endowing it with powerful swells of glowing color. As Welling described it in an interview with Artforum, the use of filters enabled his project to become "a laboratory for ideas about transparency, reflectivity and color."

The 45 images presented here, which invite the viewer to draw associations between the camera's lens and the glass surfaces of the house itself, oscillate before our very eyes between photographic abstraction – a recurrent preoccupation for Welling – and depictions of architecture. With this body of work, Welling has located a wholly new approach to, and blend of, both genres. 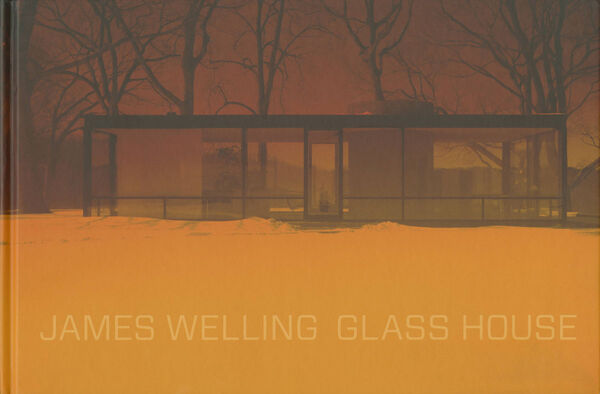